Although Broadneck High School’s Senior Athletic Awards Banquet may not be able to take place this year, this takes nothing away from our outstanding 2020 class of student athletes and their many accomplishments.  Although it may not have ended in a way any of us could have envisioned, we are all so very proud of their long list of accomplishments including, both team and individual county, region, and state championships, as well as spectacular individual achievements that will forever be etched in our storied history.  They have made an undeniable mark on our program, our school, and our community that sets an example for all future Bruins, and we look forward to following them into their future, as we know that they will do the same in the next phases of their lives.

Today we continue to honor our 2020 seniors with the announcement of several athletic department awards and presentations.  Congratulations to all of our award winners and the entire class of  2020 and thank you for all that you have done for BRUIN NATION.

We would also like to thank our Senior Athletic Award committee for all of their hard work and dedication as this would not have happened without all of them.  This committee includes:  Mrs. Kennelly, Coach Bostic, Coach Hanratty, Coach Kelley, Coach Tettemer, Coach Quigley, Coach Trout, Coach Andrews, and Coach Skrenchuk.

Finally, we would like to thank our boosters club for sponsoring the many scholarships that are awarded each year.  Their support of Broadneck High School is invaluable as they diligently and effectively work to better the experience for all of our student athletes.

Bruins Senior Athlete Slideshow: Click HERE to view the slideshow showing ALL of our senior athletes on each team.

The Broadneck High School Student Athletic Leadership Council (SALC) is a committee consisting of our athletic teams’ leaders. These student athletes were picked by their coaches to represent their respective teams, and met with the athletic administration throughout the year to discuss important school and athletic-related issues. Members not only brought up and conversed about athletic rules and regulations, they learned about important aspects of effective leadership. SALC members are well   respected in the school and community. They display leadership, character, and responsibility on and off the field, as well as in the classroom.  Thank you to all of our senior SALC members listed below:

Each year the Broadneck Bruins Athletic Booster Club recognizes two senior student athletes (one male, one female) whose families are members of the Booster Club. These students demonstrate exemplary performance in the classroom, on the playing field or court, and in the community. The Broadneck High School Scholarship Panel reviews all applications and selects the awardees. 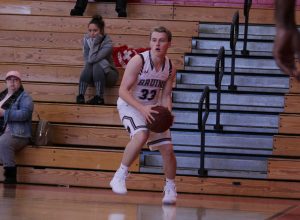 The Joshua Butzke Memorial Scholarship was created to honor the memory of Joshua Butzke who was a four-year varsity starter in the midfield position, from 2006-2009 at his High School in New York. Josh was an outstanding soccer player who earned All-Region, All State, and league MVP honors in both his junior and senior years, while helping his team win back to back state championship titles. However, Josh’s real legacy was his ability to make the players around him better, and lead by example on and off the field. While Josh excelled in soccer, and would go on to play four years at Bucknell University, he understood the value of teamwork, getting an education, and living life to the fullest. Josh began a successful career outside of soccer where he supported many charitable and education initiatives and believed in giving back to the community.  In memory of Josh, the Butzke family started a scholarship fund that awards scholarships to boys soccer players across the region. The recipient of this scholarship is a player who exemplifies character, and leadership, both on and off the field, puts team first, works hard and has the vision to do what it takes to succeed in soccer and beyond.

Craig T. White was a special education teacher, coach, and athletic director at Old Mill High School. Throughout his career he personally exhibited, and expected of his athletes, the highest standards of character, integrity, and service to those in need. He was a member of the Broadneck community as well, commuting to Old Mill from his home here on the Peninsula.  Craig lost a heroic battle with a rare melanoma in 2015. During even the worst days of his sickness, he came to work with a smile on his face, gave his coaches and athletes a positive role model to look up to, and always looked for opportunities to help others lighten their load. His legacy lives on in the hearts of all the teachers, coaches, and athletes who are inspired to face every day with the same courage, compassion and joy they saw in Craig during his life. In response to Craig’s shining example, the athletic directors of Anne Arundel County Public Schools commissioned a Craig T. White Sportsmanship and Service Award to be given out by every high school each year.  The teams recognized with this award have demonstrated the same outstanding characteristics of on-field sportsmanship and off-field service that were the cornerstones of Craig’s philosophy.

In Clay White’s 43 years as a lacrosse coach, he has often been known for his commitment to building strong, foundational lacrosse programs that perform at the highest level. But maybe even more impactful has been Clay’s dedication to the Broadneck Unified sports program, allowing student-athletes soar to new heights. These programs provide competitive opportunities that meaningfully challenge a vast array of athletes. Clay’s unparalleled passion and dedication to the Unified Bowling team has been instrumental in the development and success of many student-athletes. Clay’s vision of giving all students the opportunity to grow and develop through sport is seen through his heartfelt devotion to the unified sports programs. This award is given to a unified sports student athlete who demonstrates selflessness, dedication, and hard work in the unified programs. 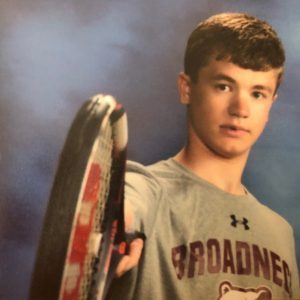 The Gerry Case Courage Award (Female) is presented to a female athlete who overcame challenges to participate in interscholastic athletics.  In the spring of 1997, Gerry Case died tragically of meningitis, days after scoring his first collegiate goal for Loyola College. Gerry was a person who liked to have fun, but he was always respectful of everyone around him. He was a person everyone liked.  He started for both the football and lacrosse teams while at Broadneck.  In 1996, he helped the lacrosse team win a State championship, scoring the winning goal in overtime.  In addition, Gerry overcame a significant learning disability in order to be a member of the Broadneck athletic teams. Broadneck student athletes are nominated by their coaches, and winners are selected by the athletic awards committee. 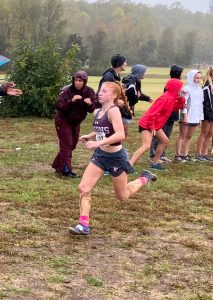 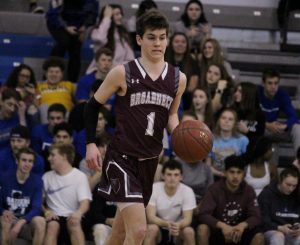 The Phoebe Kelly Award is presented to a female athlete in honor of Coach Kelly.  Phoebe Kelly served as a teacher and coach at Broadneck for more than 20 years. She was an accomplished field hockey and tennis coach, amassing more than 200 victories in each sport. Throughout her career, the wins were less important to Coach Kelly than building character in her athletes. She was an All-American athlete at Loch Haven State University in Pennsylvania. Coach Kelly served as an inspiration to all of those with whom she came into contact with. This award recognizes commitment to the athletic department, multiple sports played, and overall character of the student athlete. Broadneck student athletes are nominated by their coaches, and winners are selected by the athletic committee. With the challenges presented this year, we have decided to award three Bruins with this prestigious award. Each will receive a $500 scholarship. 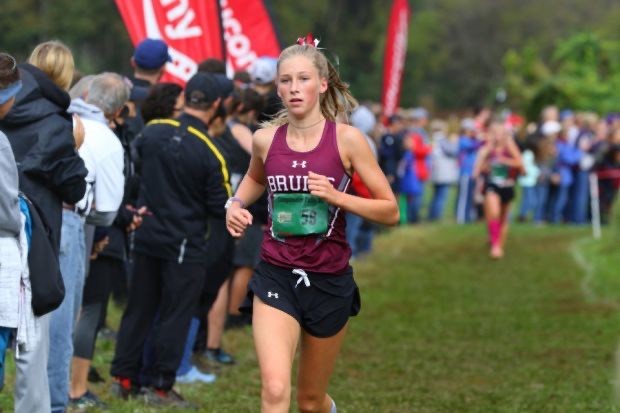 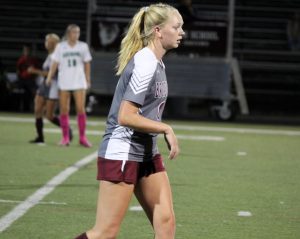 The Tim McMullen Award is presented to a male athlete in honor of Coach McMullen. Tim McMullen was a teacher and coach in Anne Arundel County for 35 years.  He opened the school as an original member of the faculty and served as the school’s first athletic director.  His 1983 baseball team won the first state championship in the school’s history. “Coach Mac” influenced the lives of many Broadneck students, both athletes and non-athletes. In his many roles as a teacher, a coach, and athletic director, he helped to establish the standards of excellence that we expect from our teams on a daily basis. This award recognizes commitment to the athletic department, multiple sports played, and overall character of the student athlete. Broadneck student athletes are nominated by their coaches and winners are selected by the athletic committee. With the challenges presented this year, we have decided to award three Bruins with this prestigious award. They will each receive a $500 scholarship. 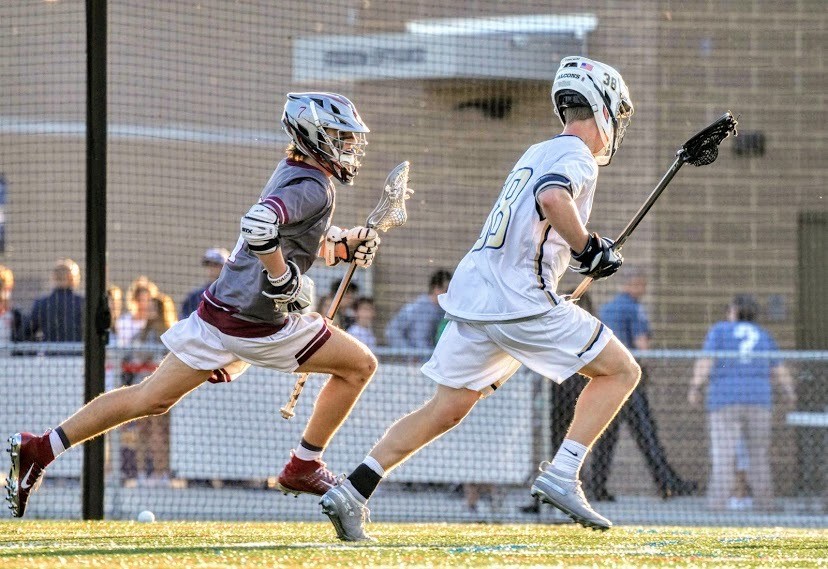 Matt Isaac is a dual sport athlete at Broadneck High School, participating in both baseball and football during his career. He also plays summer and fall baseball at a very high level for a nationally recognized travel program. In addition, Matt has always attended all off-season workouts, participates in the SALC, and is an instructor at all Bruin summer and winter camps and clinics. Coach Skrenchuk (head baseball coach) describes Matt as an extremely hard worker who is committed to becoming the best athlete he can be. He has garnered a lot of attention and recognition over the years in the baseball community, but you would never know it when you talk to him. He is confident but also very humble. Matt brings a positive, fun, hard working approach with him every day. He carries this approach to school and on the field. He leads by example and his teammates always seem to follow. Even without coaches, Matt will spend extra time working with his teammates in the cage, mentoring underclassmen, and being a role model for the next generation of Bruin baseball players at our camp.  Matt also sets the tone in the weight room inspiring not only those in the football and baseball programs, but also motivating other Bruin athletes to work harder to be successful. Coach Skrenchuk states that “Matt is a one of a kind young man and I am very proud that I have had the opportunity to coach him and to see the influence he has had in our program.”  Matt rejoined the football program during his senior year after a year absence and as Coach Harris states “boy, are we glad he did.” He solidified down the right tackle position for the football team helping them to remain as one of the county’s most prolific offenses. His overall power and athleticism were on full display during the fall as he also handled all the kicking and punting duties for the football team. Some of Matt’s most notable highlights achieved during illustrious Bruin baseball career include leading all of Anne Arundel County in batting average during his junior season while earning first team all-county, and first team all-metro in that same season. Matt was projected to be one of the state’s best players during his senior season as shown by being name to the 2020 preseason all-state baseball team. Matt has been an outstanding student-athlete and role model for all athletes at Broadneck High School to emulate.  We are excited to follow Matt into the next phase of his life as he will continue his baseball career at Penn State University-Harrisburg. 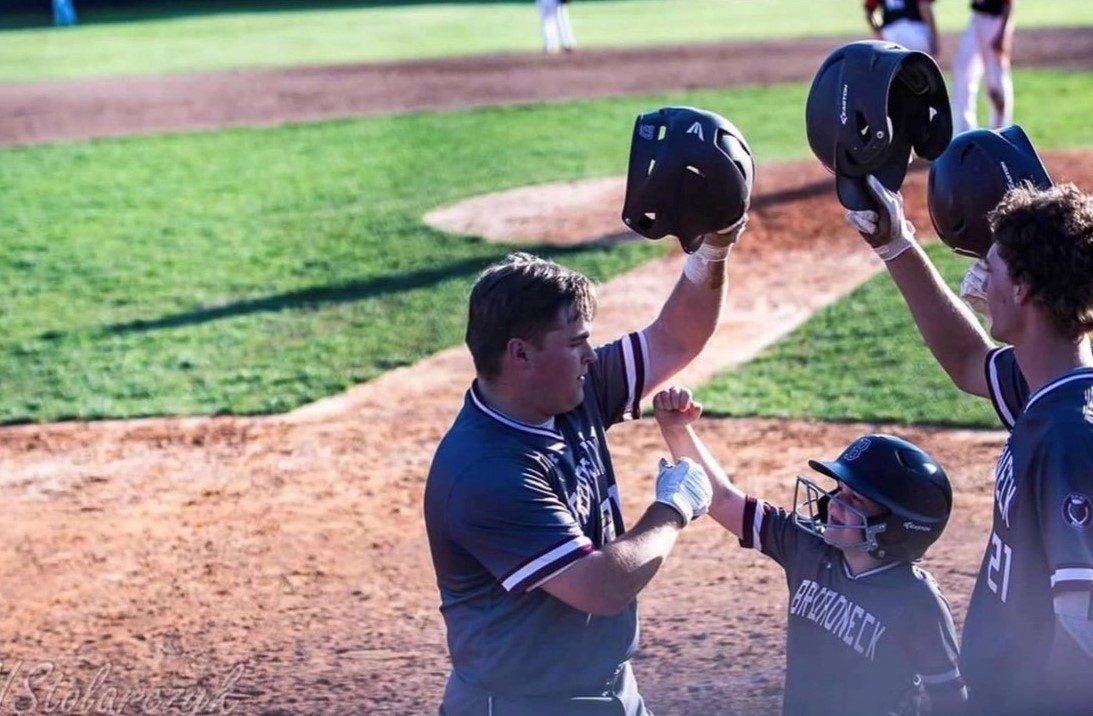 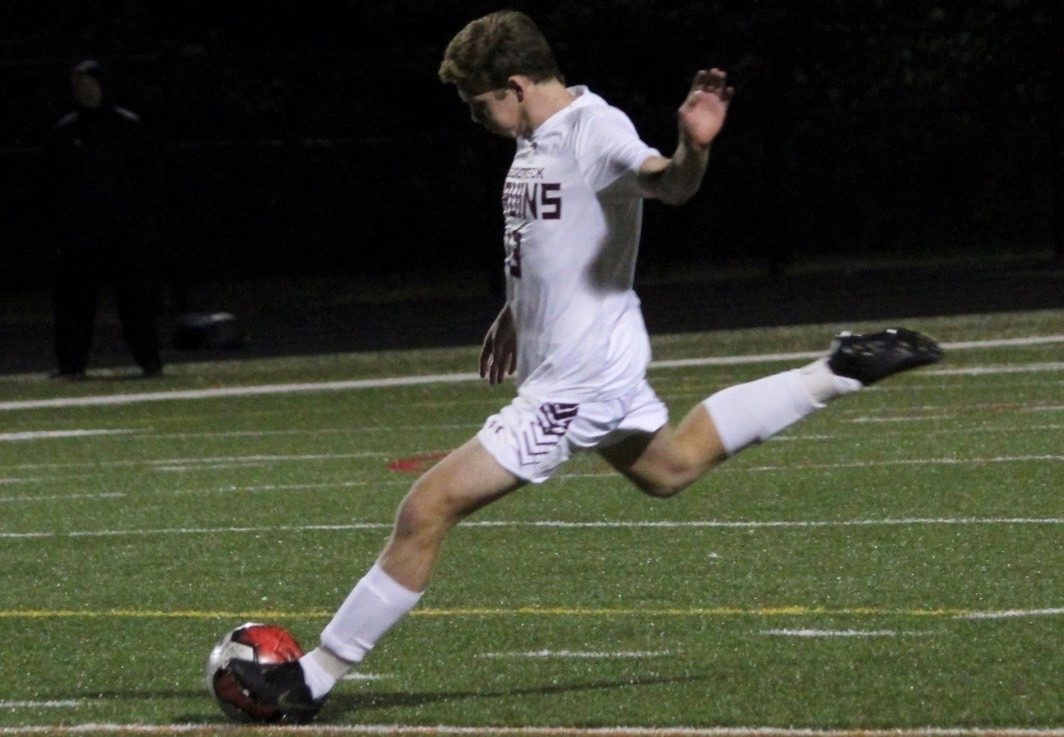