Broadneck High School’s 2020 senior class has been special in so many ways.  With the spring signing period opening on April 15th, we would like to congratulate the student athletes listed below for committing to continuing their careers at the collegiate level.  Many of these signees made it official during the “early signing” period in November, but we wanted to highlight all Bruins that made this very special commitment to continue competing in the sport that they love.  These Bruins exemplify all that it means to “PLAY LIKE A BRUIN.”  We thank them for the many memories they have created for us all, and look forward to following their careers in the future! 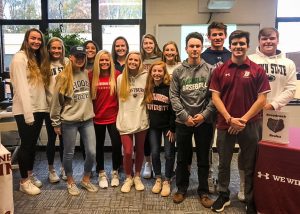